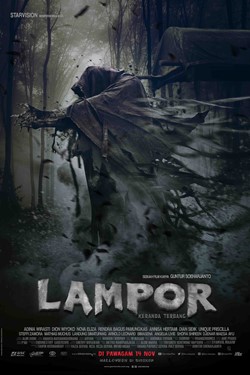 The arrival of Netta and her husband, Edwin, along with their children Agam and Sekar, at her hometown in Temanggung, Jawa Tengah is not received well by the villagers. They accuse her of bringing along Lampor, a demon that flies around with a casket. It is believed that anyone who leaves their home after dusk will be taken by Lampor. It becomes worse when the couple’s children are targeted by it but as Edwin struggles to defend Netta, he begins to suspect that she is hiding a secret from him.